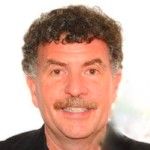 "The day I learned about the Treehouse Community, I was amazed to find that such a supportive community exists to help maintain the unconditional commitment that foster and adoptive parents must make to older children in our foster care system, in order for those older children to make it when they become young adults and adults. I immediately attended Treehouse’s Re-Envisioning Foster Care in America conference, and now I am so honored to be asked to serve the Treehouse Community on its Advisory Board."

Pat O’Brien founded You Gotta Believe!, The Older Child Adoption and Permanency Movement, in 1995 with a sole mission to prevent homelessness by finding moral and legal adoptive parents for teens before they age out of foster care. You Gotta Believe! is the only adoption agency in the United States that limits its practice to finding permanent parents for teens, ‘tweens, and young adults before they age out of the system. Pat manages all program operations at the agency, speaks about teen adoption across the country, and also hosts and produces the agency’s cable access television show and radio forum. He holds a Master of Science in Social Work from Columbia University School of Social Work. Pat has been honored for his work, receiving the Guided by Compassion Award by Urban Neighborhood Services, being named a Congressional Angel in Adoption, and receiving a 2013 Children’s Bureau Adoption Excellence Award from the Department of Health and Human Services. He is currently on sabbatical getting back to his roots of recruiting homes for teens by working as a full-time Wendy’s Wonderful Kids Recruiter (Dave Thomas Foundation for Adoption) with the Klingberg Family Centers in New Britain, Connecticut.